There are 80,000 bodies buried right under your feet in this Liverpool Park… 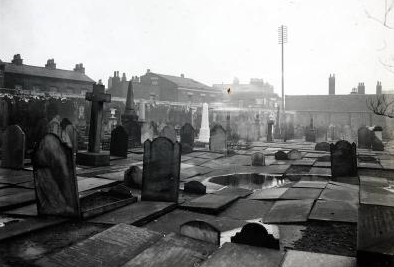 With Special Thanks to The Liverpool Echo. Editorial By Ian Croll 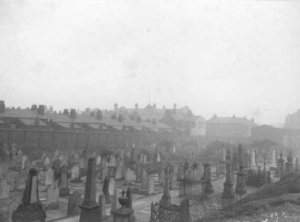 A sinkhole has appeared above a former burial site after an old crypt collapsed. Video taken in Grant Gardens, previously Liverpool Necropolis and now a public park on Everton Road, shows the formation of the hole. The sinkhole is said to have formed over the site of a former crypt that was not filled in correctly. Footage shows a substantial hole which has exposed the underground area. Grant Gardens was opened in 1914, sitting above a former cemetery which is believed to hold up to 80,000 bodies.

A Bit of History of Low Hill Cemetery 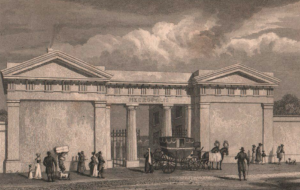 Due to the expansion of the port of Liverpool in the early 18th century “Liverpool Necropolis (Low Hill Cemetery)” was opened in 1825, at the corner of Everton Road and West Derby Road (formerly Rake Lane) on a site covering approximately five acres. Management was vested in a ‘Committee of Proprietors of Low Hill General Cemetery’ the Trusts being defined in a deed of 9th March 1825.

The Necropolis was designed by Architect John Foster Jr (1787-1846) while the grounds were laid out by Mr. Shepherd, Curator of the Botanic Gardens at a cost of £8,000.

The much needed cemetery was rapidly filled in the following 70 years with 80,000 burials. The first burial taking place on the 1st February 1825 and was used largely by nonconformists.

By 1896, the number of burials in the Necropolis had caused serious unsanitary conditions in the surrounding area which led to the closure of the cemetery for interments on the 31st August 1898. Responsibility for the site was transferred to Liverpool Corporation the following day, and in 1913 the lodges, gates & walls were demolished, monuments and large gravestones removed and the area landscaped with ornamental gardens.On the 22nd April 1914 the Corporation renamed and re-opened it as Grant Gardens after Alderman J. R. Grant, J.P, chairman of the Corporation Parks and Gardens Committee.

Grant Gardens is the same size as The Necropolis was, and the remains are still there.

There would only have been a reason to remove them if the site was going to be built over. 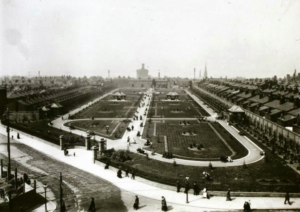 Memorials and structures from the graveyard have since been removed, however the graves themselves remain intact underground.

A spokesperson for Liverpool City Council said: “Grant Gardens was originally a cemetery in the 19th century and was turned into a public park in the inter-war years.

“The sinkhole is the result of a former crypt that was not filled in correctly at the time.”

The sinkhole was reported as a cause for concern by a dog walker on Friday evening and the area was quickly cordoned off.

The appearance of the sinkhole prompted a number of residents to take to social media, with many people posting comments on Facebook.

Shirley Hand said: “I took the video before it was cordoned off. We had to get off the grass quickly as it was sinking under our feet. It was really eerie looking down the hole knowing that many years ago the park was a burial ground.”

A Liverpool City Council spokesperson added: “Emergency duty officers attended the site at the weekend and have made the hole good and a mound will now be created. We imagine the wet weather contributed to it being formed.” 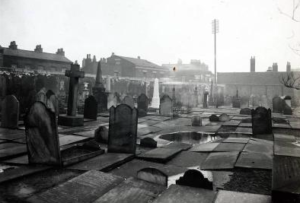