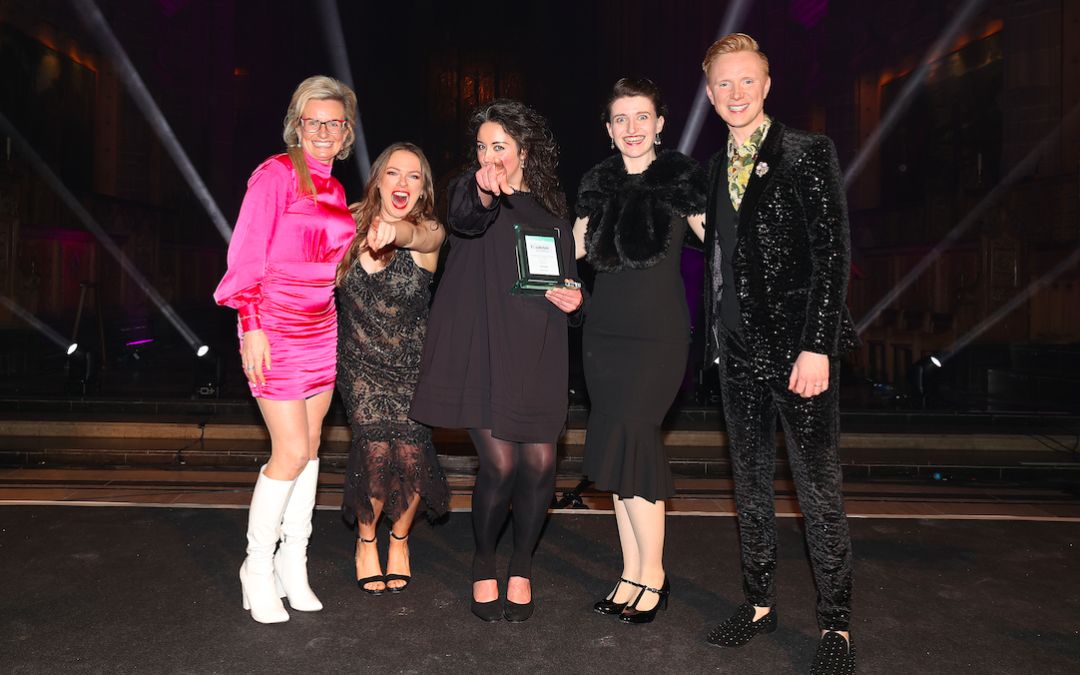 Liverpool City Region Tourism Awards 2021
Wow What a Night! Full of Dazzling Lights & Spectacular Heights at Liverpool Cathedral
The Evening Included a Full-On Session with the Famous Organ too –
The Sounds were Sublime! 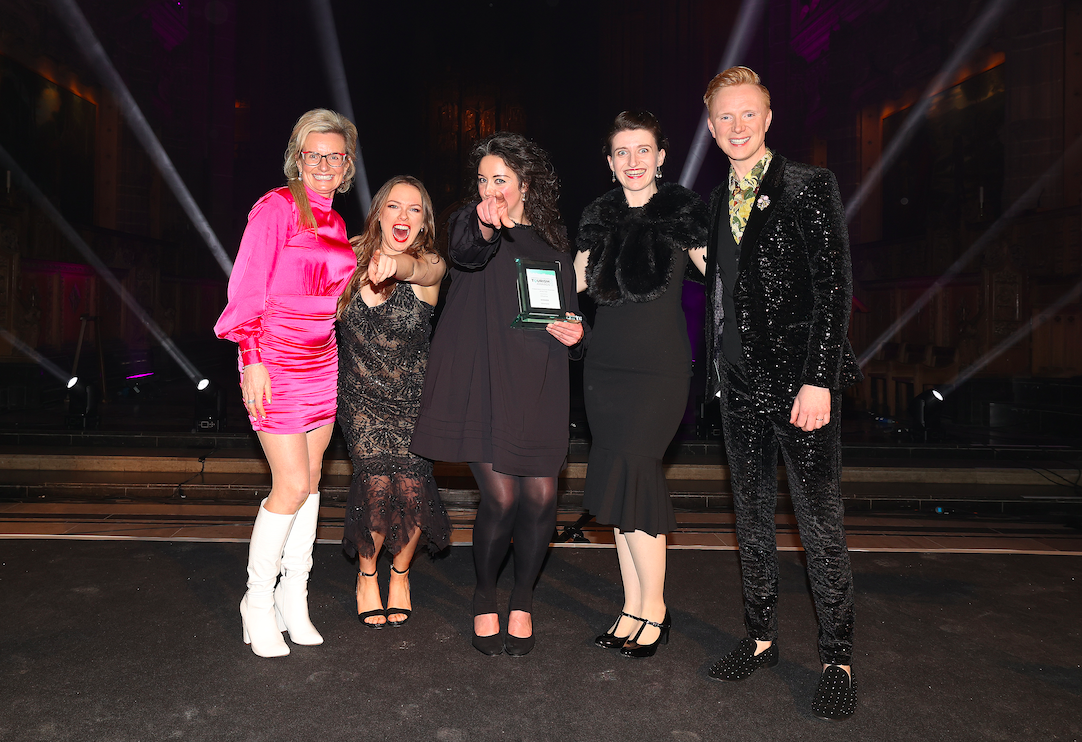 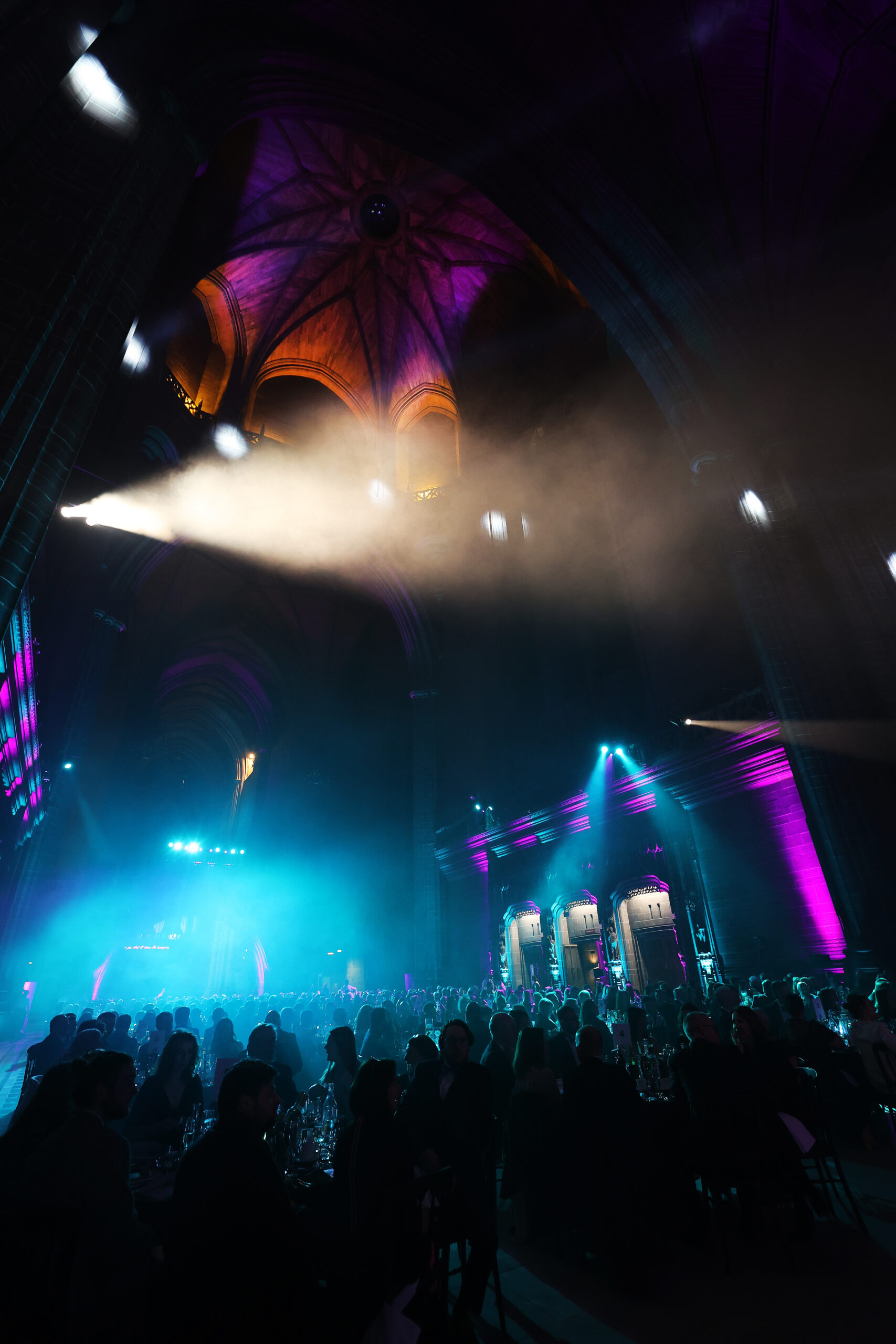 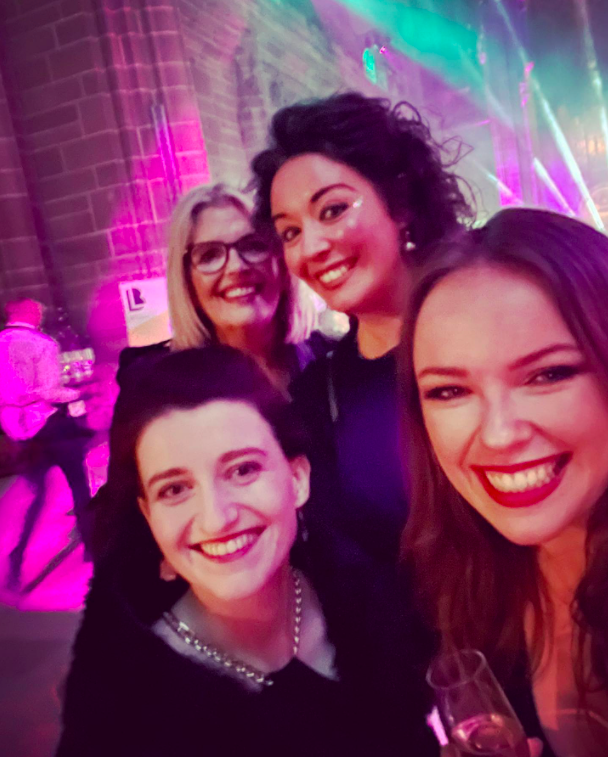 We were thrilled to be shortlisted for Tourism Young Person of the Year – with our darling girl Victoria Smith and Shortlisted for Tourism Experience of the Year too.
Can’t tell you what a surprise it was and how delighted we are to Win Independent Tourism Business of the Year!
Fiercely proud to fly the flag for OutdoorArts and Storytelling in the city…
The judges commented that the winner’s commitment and passion for the city was infectious and they clearly demonstrated their ability to adapt to new audiences. Their advocacy for the visitor economy in highlighting visitor attractions, hospitality and bars to their audiences to greater benefit of the visitor economy is commendable. 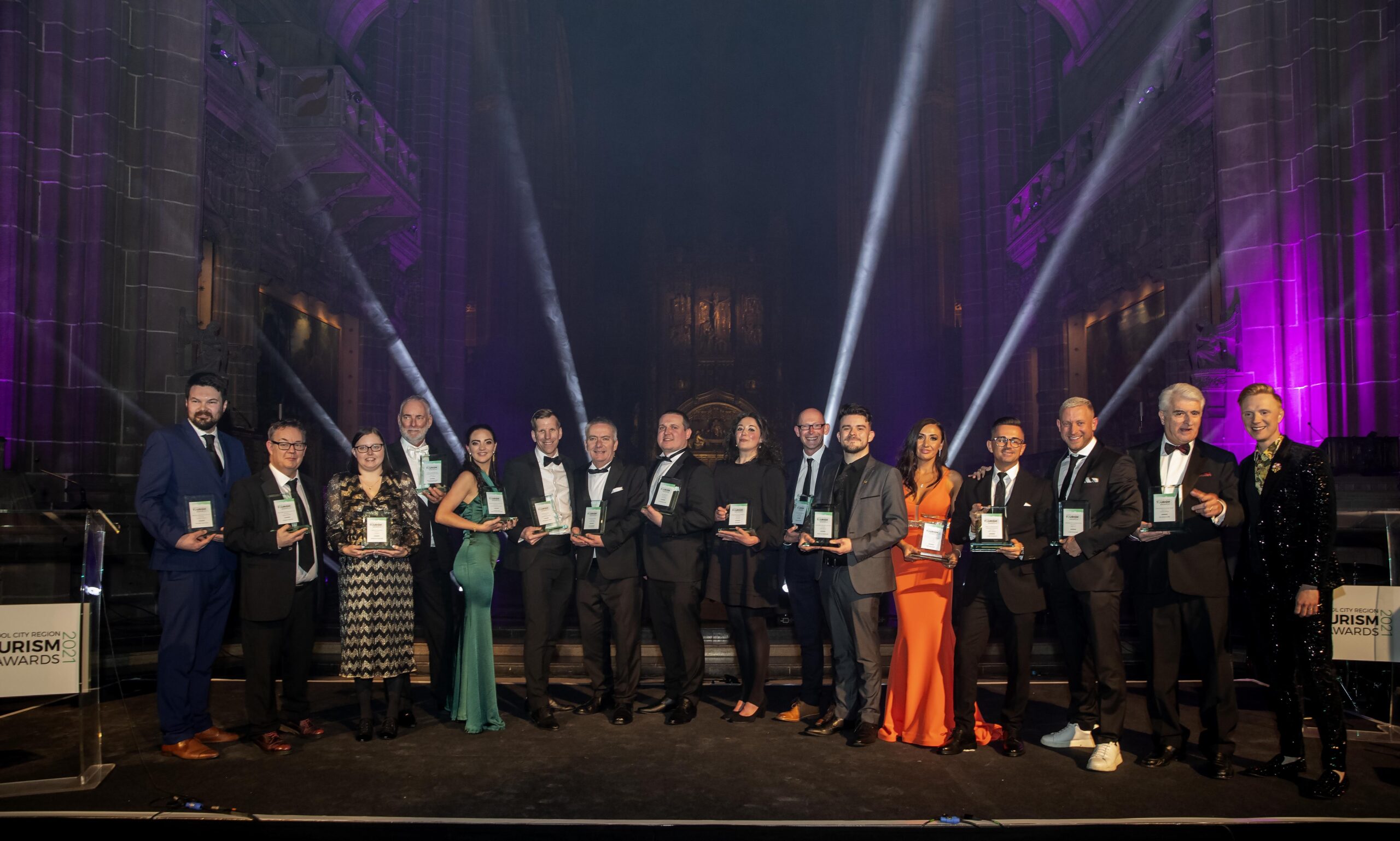 We want to thank Owain Wyn Evans for being a scintillating host with the most! You were just simply stunning!

Guests at the ceremony on Thursday evening enjoyed a three-course meal courtesy of Horseradish Catering with entertainment from Kasia Masai and Deana Walmsley.

Peter Sandman, head of visitor economy at Growth Platform, said: “Huge congratulations not only to the well-deserved winners tonight but to everyone at Liverpool Cathedral tonight and our sector as a whole. 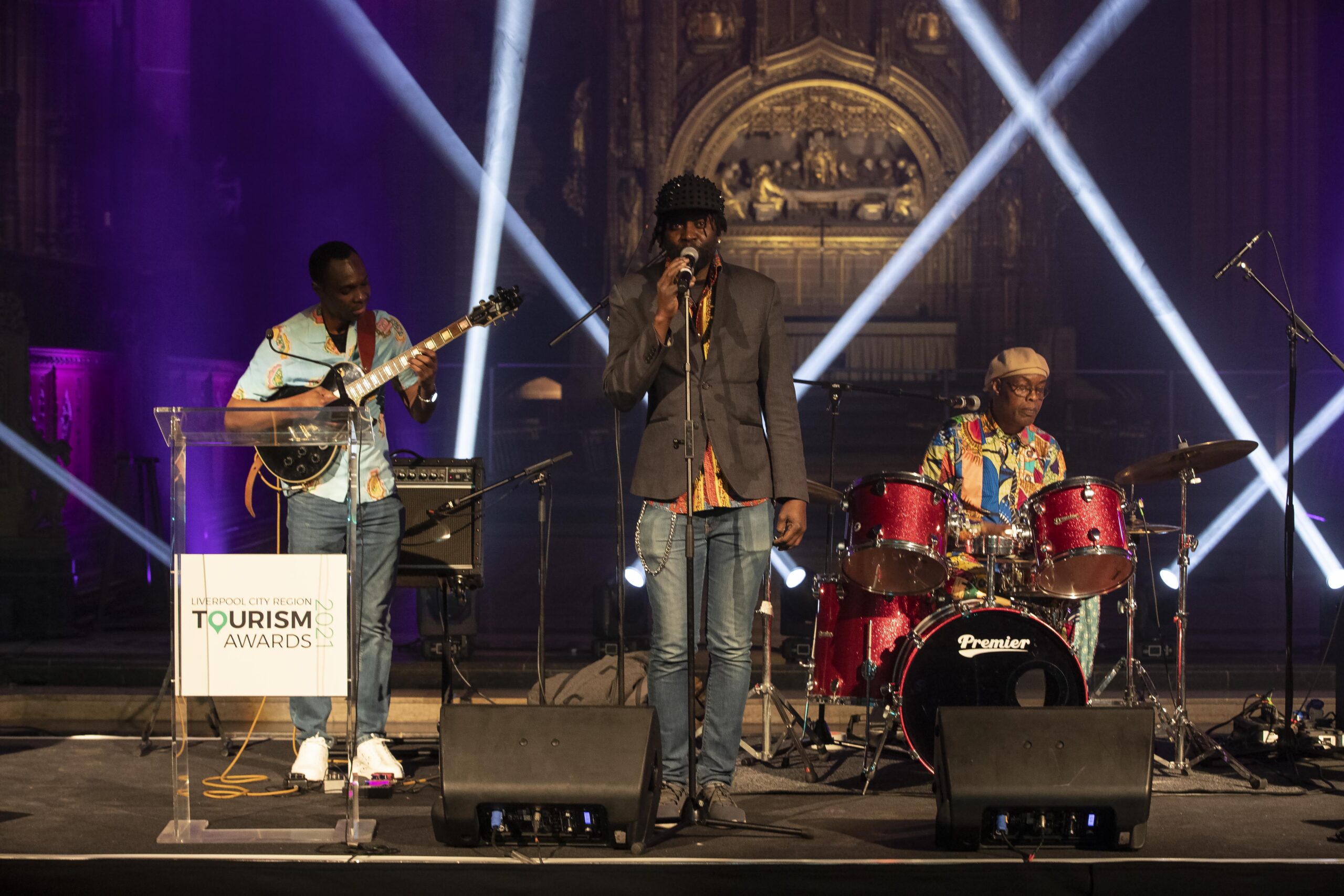 “For the last two years this industry, like many others, has faced unprecedented challenges and tonight has shown a resilient and united sector able to look forward and celebrate together.”

Headline sponsor of the awards were Liverpool BID Company. Chief executive Bill Addy, said: “Tourism is a major economic driver in Liverpool city region, but it also reflects its heart. From music to attractions, culture to food, we love to welcome visitors, as much as we love to be tourists in our own backyard.”

Unsung Hero sponsored by Liverpool ONE

New Tourism Business of the Yea sponsored by EPIC

Independent Tourism Business of the Year sponsored by Influential

Experience of the Year sponsored by Merseyrail

Small Visitor Attraction of the Year sponsored by Ticket Quarter

Taste Award – Restaurant of the Year sponsored by Quest Liverpool

B&B / Guest House of the Year sponsored by Liverpool Cathedral

Self-Catering Accommodation of the Year sponsored by Owen Drew

Hotel of the Year sponsored by Liverpool BID Company