The Auld City Vaults Of Doom Is Changing 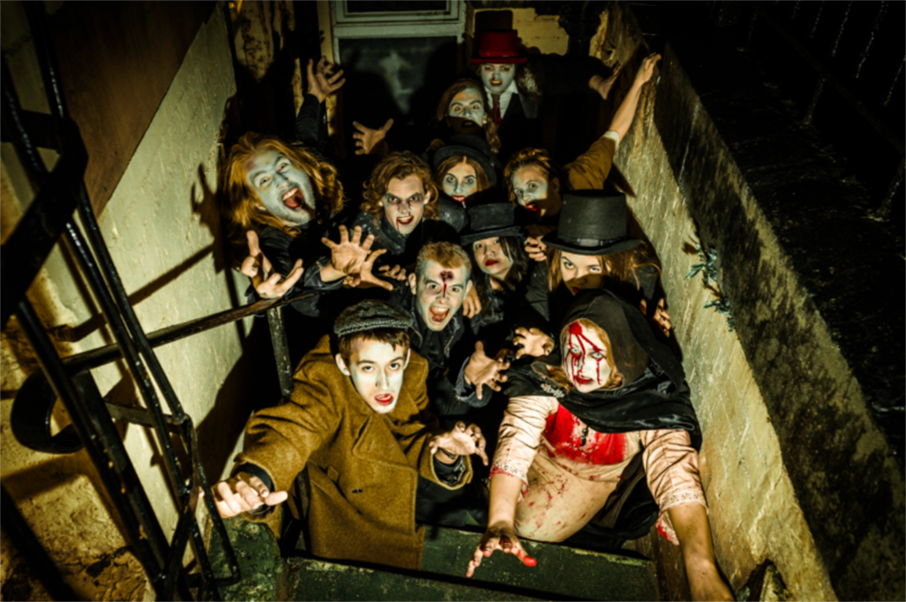 The Auld City Vaults Of Doom Is Changing

It’s been 6 years since a lucky discovery lead the spooky kooky kids of Shiverpool down a winding path of no return- as they discovered a treasure trove of hidden histories unheard of before and in so doing, Shiverpool began serving up a serious slice of storytelling to Liverpool’s curious and young at heart.

Shiverpool’s Auld City Shivers Tour had become a pioneering tourism experience in Liverpool- guests (or should we say willing victims) eagerly signed disclaimers, gleefully placing their lives in the clutches of our sallow cheeked Spirit Guides as participants excitedly dabbled in a bit of urban exploration.

Tens of thousands of tourists and locals alike have experienced a unique piece of hidden Liverpool. Lead by the ashen faced Shiverpool guides groups have been given exclusive access to this grade 2 listed building secreted beneath what is now 62 Castle Street Hotel- just one of many subterranean chambers lurking beneath our seven original streets- from which the city sprang.

“It’s been a fantastic 6 years working with 62 and their amazing team- a real privilege to have access to such a beautiful building- steeped in history.”

On discovering the vaults of the former banking house after an invitation by 62’s General Manager, we were delighted to explore the narrow corridors and winding steps and of course the original vaults that were wonderfully preserved- a perfect lair for the climax to The Auld City Shivers tour we thought!

In the past six years there have been so many memories, and memorable guests- highlights include- the cast of Hollyoaks- on a birthday night out- Pete Price got a case of the willies whilst exploring live on air, Channel Five producers Be the Best B&B, UK Inbound visitors, Merseyside police, regular guests from Maersk, Premier apartments and Unilever not to mention the countless schools and international colleges who have braved the depths.

All good things do come to an end and the vaults will soon be closing their doors for the final time. The countdown has begun- so get yourself in on the action and be one of the lucky few to witness the layers of time unpeel before your very eyes as you step (carefully) into a lost world beneath the city streets.