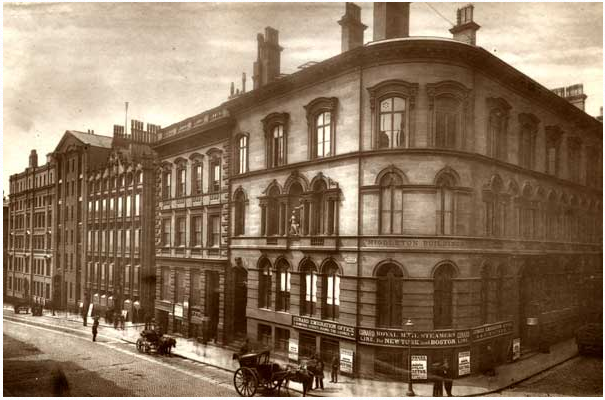 What’s the best way to unearth the city’s best stories? And, while we’re at it, what’s a surefire way to get access all areas for some of our most alluring mercantile buildings (the ones UNESCO says we should treasure)? Here’s a clue – it’s not from the upper deck of an open topped bus. Nor, really, from a trundle through the streets with a Blue Badge guide.

Frustratingly, many of the places you’re just desperate to snoop around remain stubbornly off limits – save for the odd Heritage Day opening, or pop up Biennial exhibition space. And the best of them cluster along those original seven streets out of which the city sprang.

So, go on, what’s the only chance you’ve got to get up close and forensic in these places? Fact is, it’s Shiverpool. Those knots of excitable after dark explorers, led by an ashen-faced, sallow-cheeked tribe of tour guides aren’t just scurrying around our streets for illicit Gothic thrills. They’re actually getting a history tour unlike anything else the city can currently offer. 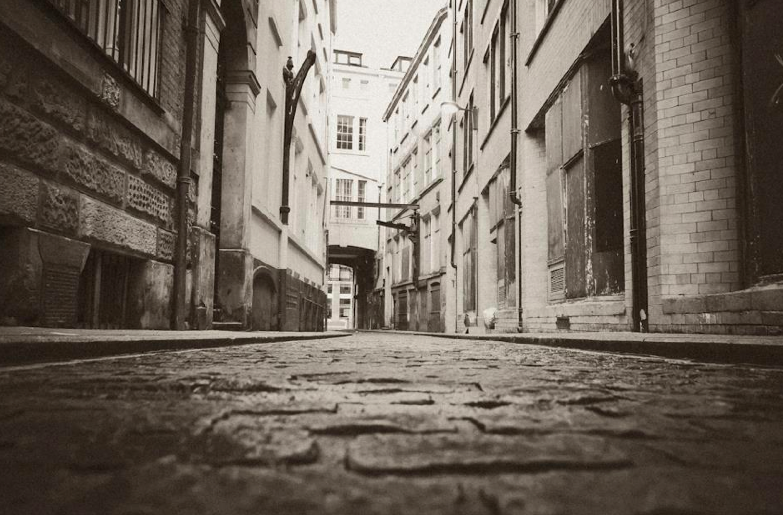 And, our favourite, the Auld City Shivers, has an ace up its sleeve. Yes, it traipses its way through silted up back alleys, where sulphurous pools of lamplight lead to the site of old plague pits, the old Liverpool Gaol and the site of Liverpool Castle’s dank and airless dungeons.

But if we’re honest, ghosts don’t really do it for us. We’re less interested in superstition and apparition – we’re much more turned on by the way these tours bring the fabric of the city to life. In the way their after-dark excursions, in the way they blend folklore, history, theatre and fact, somehow offer more illumination than your regular city tour. Because we are our stories. And we’re particularly excited and that this particular tale ends behind the shimmering glass curtains of Oriel Chambers.

The world’s first building to feature a metal framed glass wall, the chambers are the masterwork of Liverpool’s Peter Ellis – and, because we knew no better – we hated it when it opened in 1864. One city mag called the pile ‘a vast abortion’, which shows that editorial standards have always been a hit and miss affair around here.

The building’s suffered a sorry few years of late – but its beauty is undimmed. Yes, by day, light floods into the diamond-shaped oriels which project from the building like prisms: catching, tossing and refracting the light that bounces in from the Mersey. But it’s after dark when the building’s secrets are illuminated by the Shiverpool crew. And, with 150 years of barrister’s business, shady deals in the ginnel, and arcane goings on in its arcade, you just know that there’s a side to this place where the light never seeps in.

“It may have been the boundless exploration of all things off limits that sparked the urban explorer in me as a kid,” says Shiverpool’s John Stone, “probably shimmying along the Litherland tannery’s rusty, corroded copper pipes, hanging above vats of acidic Dye, trying desperately to evade capture, blissfully unaware of how close we were to a predator style death…”

“New tours are springing up all of the time,” he says. “While you traverse Water Street on lunch or languidly saunter along Castle Street, taking in the newly polished St James’ Quarry bricks of our pineapple-posh town hall, spare a thought, as I’m probably down there somewhere, trying to find a new route back to where we came from.”

Oriel Chambers – for years a Shiverpool Wish List staple – is, finally offering up its secrets, thanks to owners, Bruntwood’s endorsement of these crooked tours with a sting in the tale.

“I think of Oriel Chambers as the Wolverine of buildings,” he says.

“Adventures are much better shared,” Stone adds. “The indescribable buzz that comes from the energy of a crowd which, just for a second, suspends their disbelief, allowing them to be completely immersed in the realisation that this is where it happened. It’s why we do it.” Stone says.

“When we close our eyes, those old bricks can whisper secrets. When they’re allowed to speak, and when we’re given the keys, of course!”

We mightn’t have appreciated the building’s brilliance back then, but its importance – to the story of modern cities, is actually quite staggering. John Wellborn Root – founder of the ‘Chicago style’ of architecture which saw America’s boomtowns transformed into Gotham-style canyons of steel-framed skyscrapers – studied in the city around the same time as Ellis was transforming Water Street into a location for Jack Ryan films (admittedly, this wasn’t his first thought).

Look at downtown Chicago’s 1880’s office blocks and tell us their inspiration didn’t come from our very own ‘vast abortion’.

It is, of course, with mixed blessings that we can take a nocturnal tour of the Oriel Chambers at all. Yes, it’s an opportunity not to miss. But it’s also tinged with bittersweet awareness that, if it wasn’t for Shiverpool, this storied pile would be silent as the grave come 5pm.

These are the pleasures of a city tour with a twist – yeah, Shiverpool can and will scare the bejesus out of you, if you give them half a chance. But us? We’re built of sterner stuff. And what really frightens us is that graceful, gorgeous and world first buildings like Oriel are left to hide in the shadows, until the ghosts come out, of course.